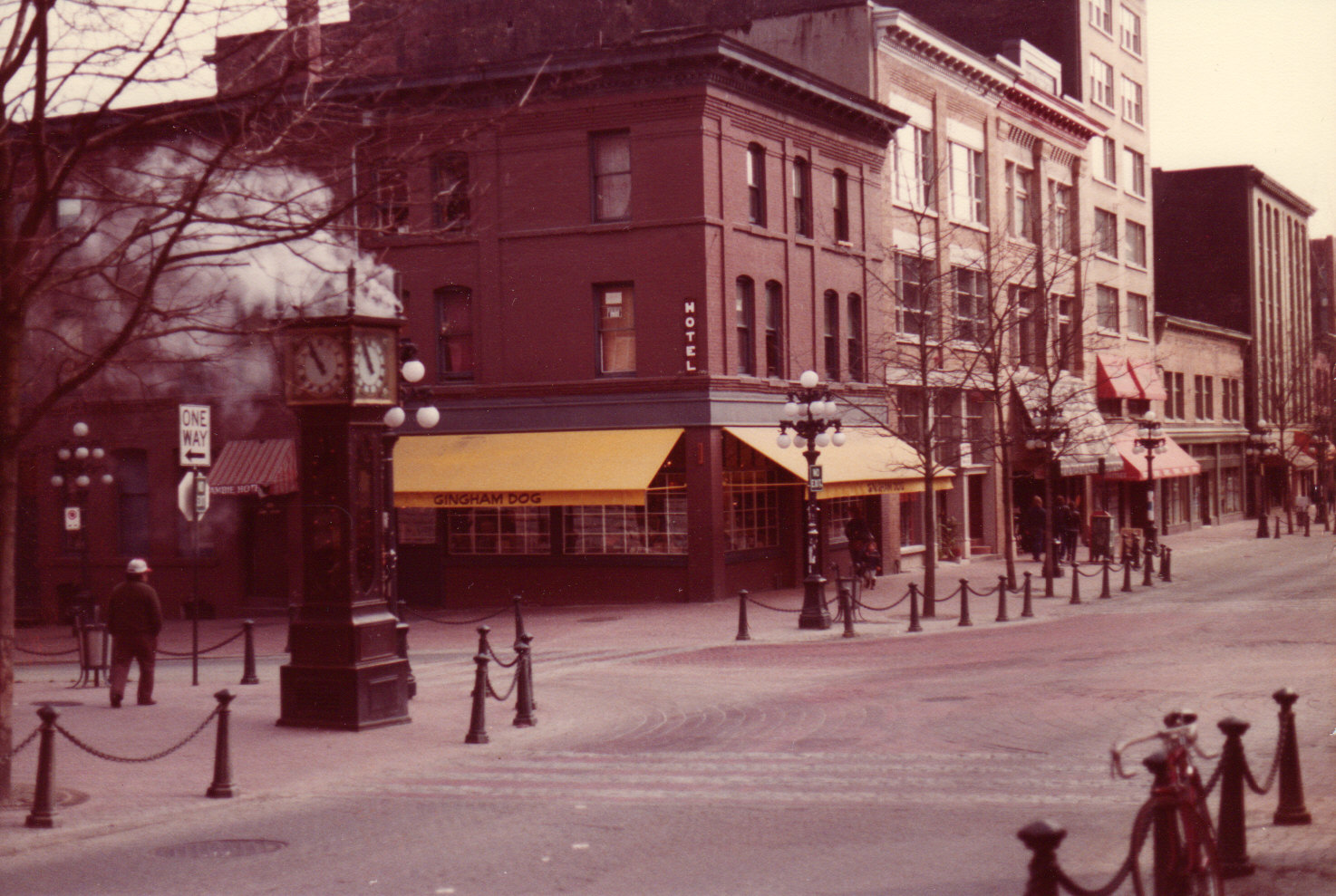 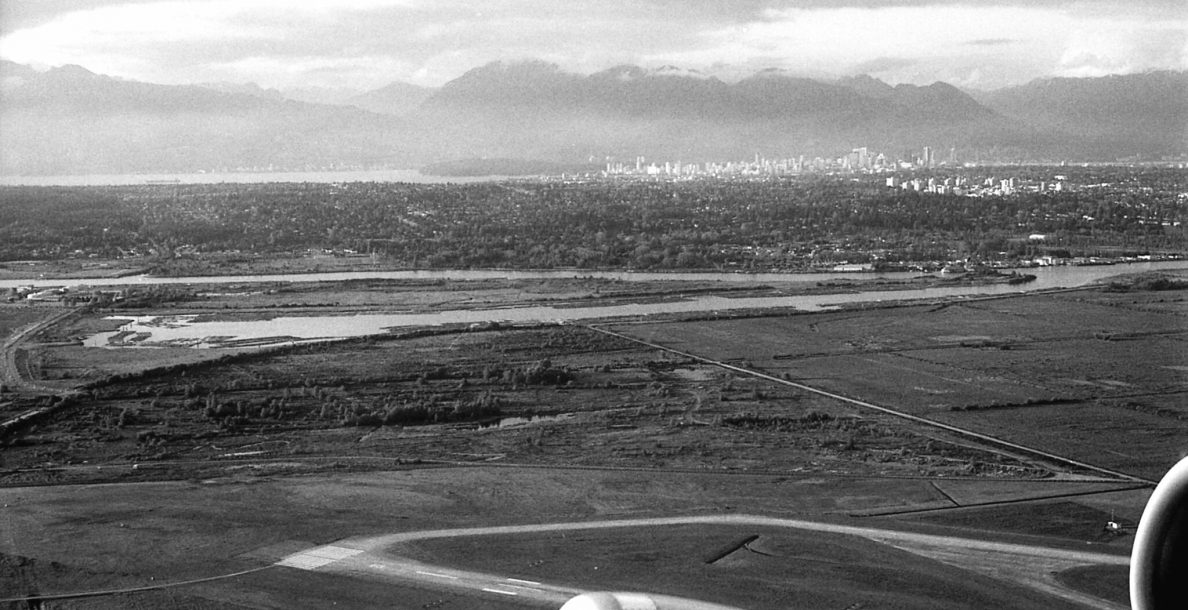 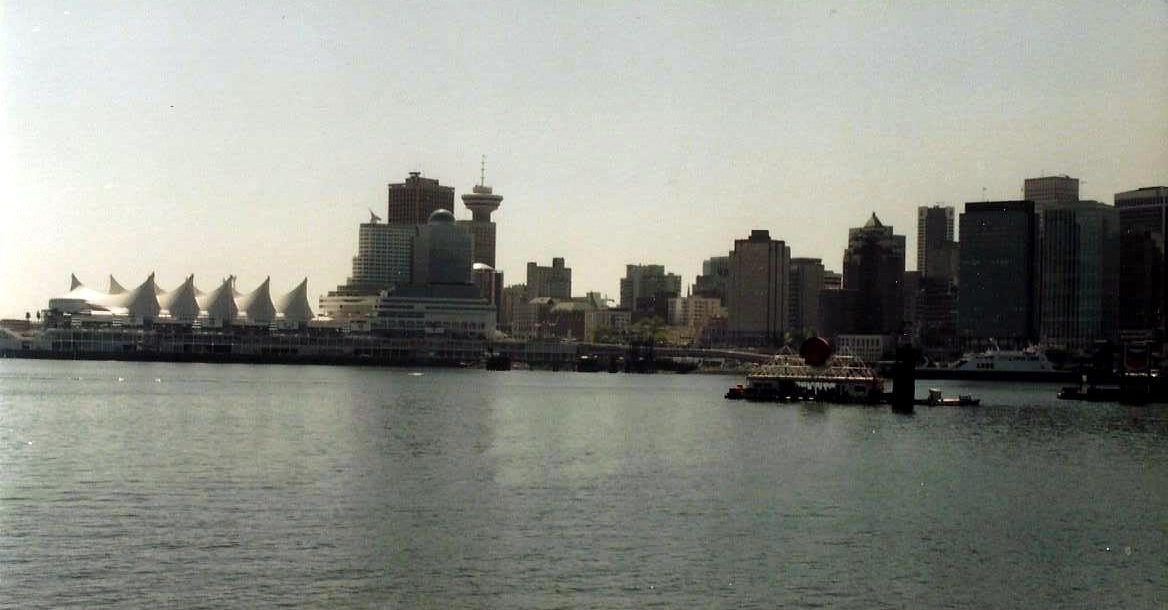 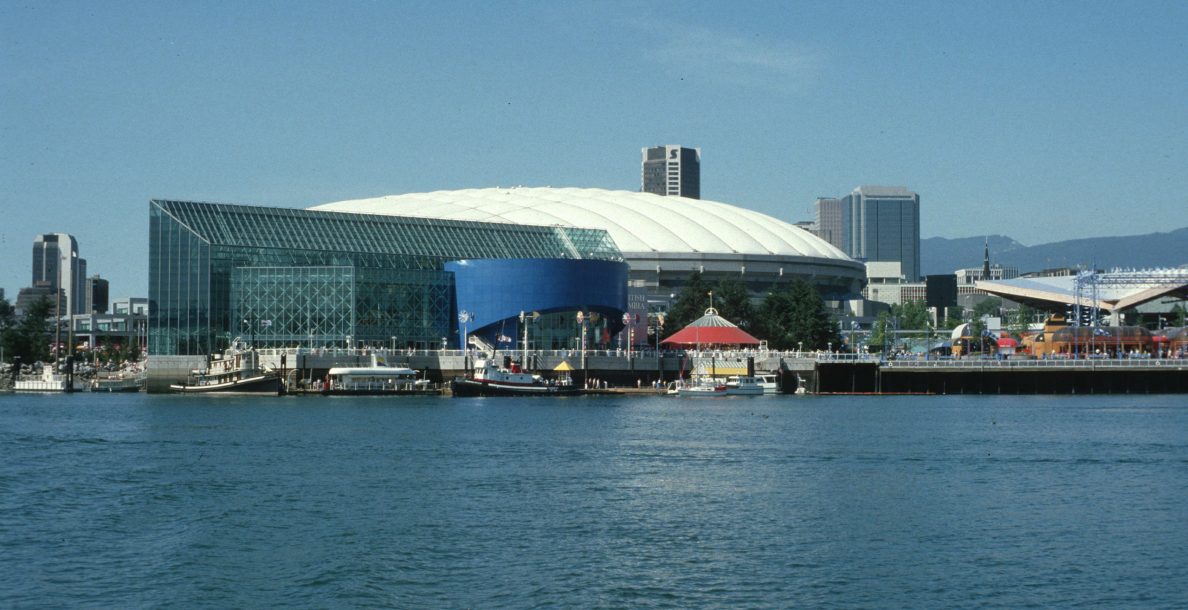 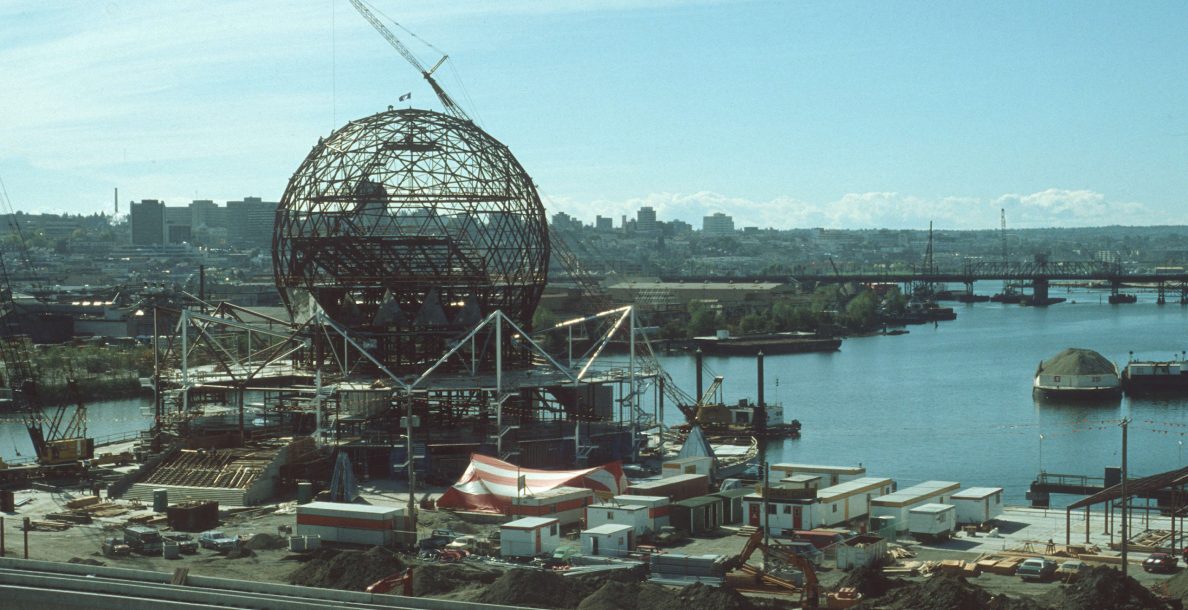 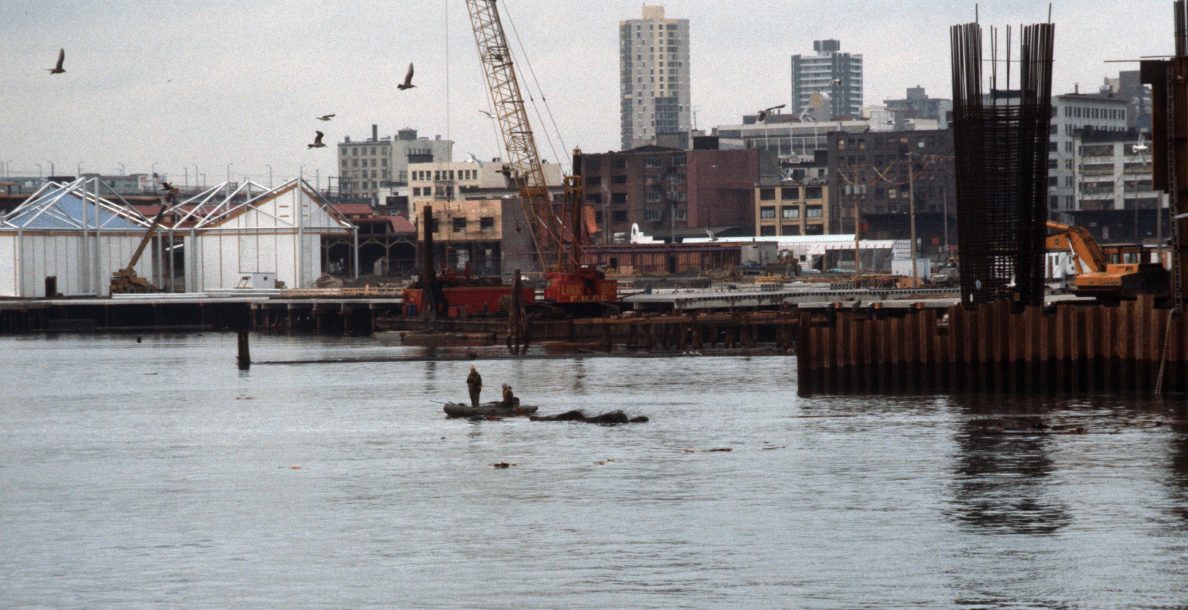 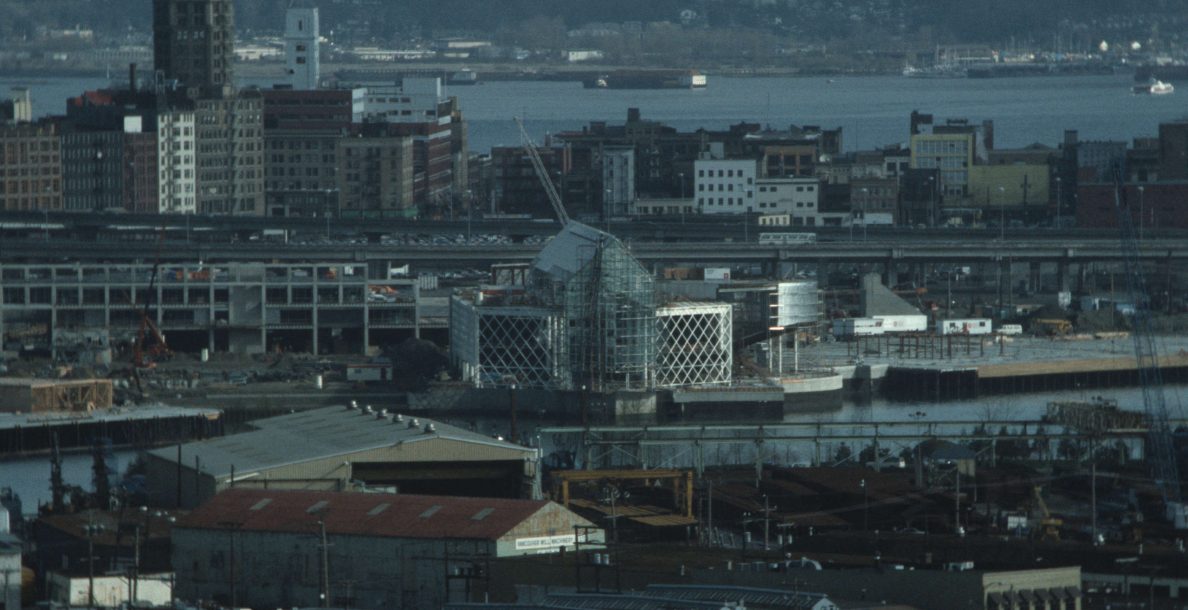 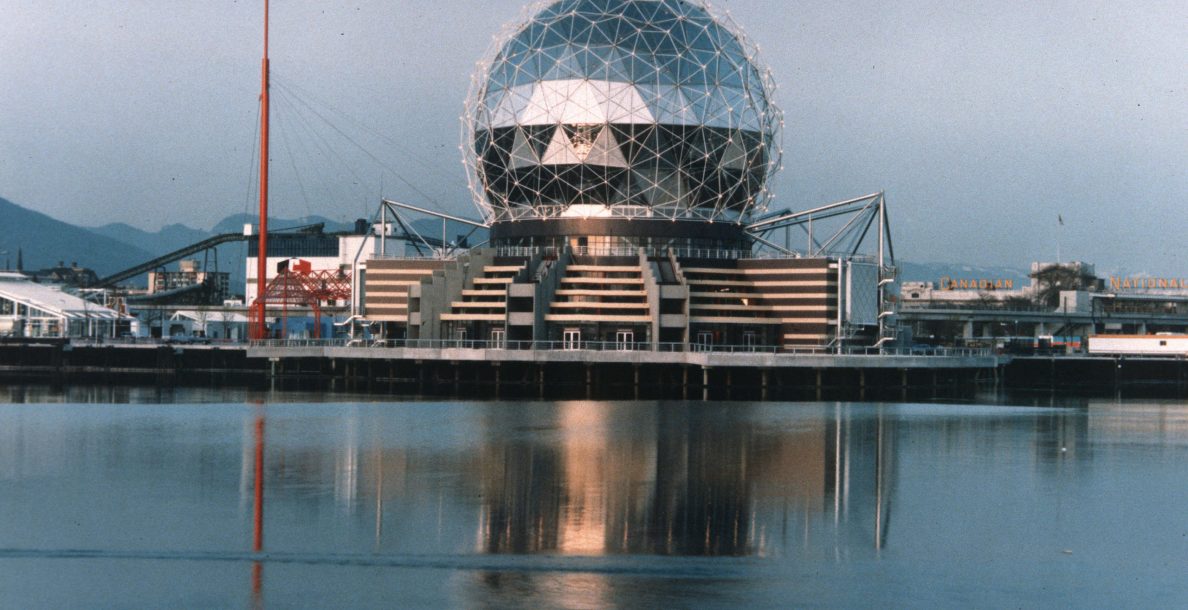 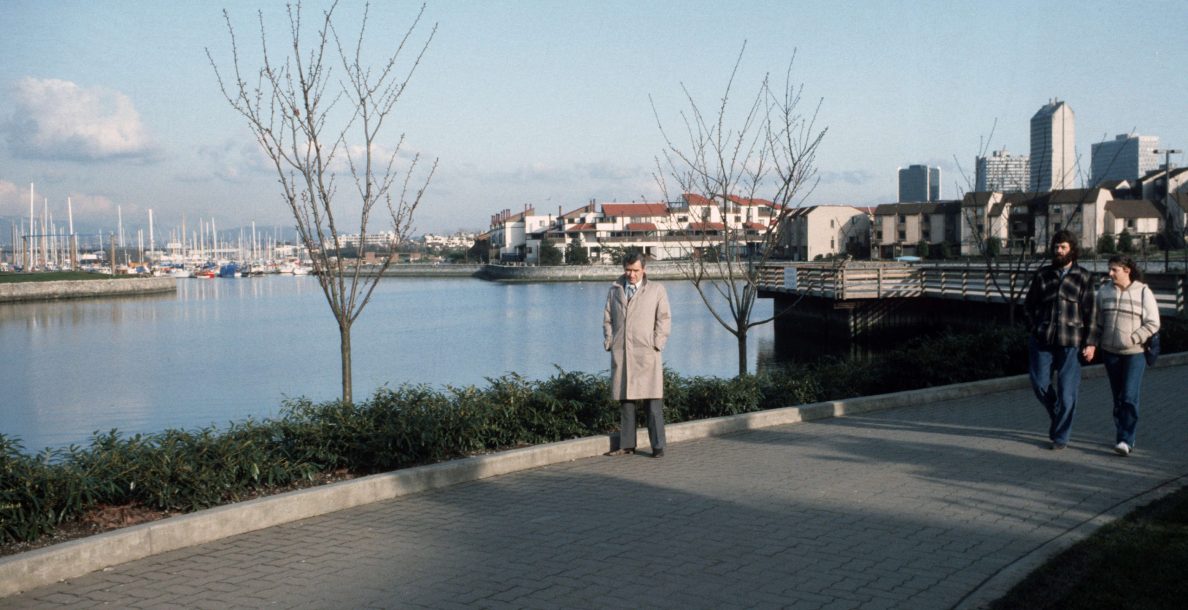 IABC/BC grew from the ashes of the BCIEA. In 1976, Adrian Harper, IABC/BC chapter president in 1981, joined a group of communicators who were members of the BC chapter of the Industrial Editors' Association, but some members had separately joined the international body of IABC. The group decided to become a chapter of IABC with separate IABC and BCIEA membership fees. "That only lasted a short while - it created logistical and financial difficulties and was frowned upon by IABC headquarters - so we made the decision to go to full IABC/BC membership only, despite fears we'd lose half our membership. We didn't. In fact we flourished." 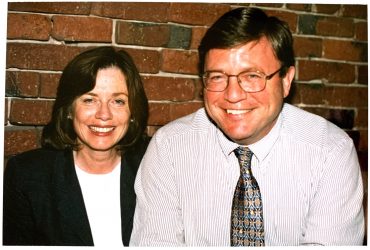 From 1980 to 1986, Peter Roaf, ABC, MC, worked in Edmonton, where he was IABC chapter president. Among other positions held, he became an Accredited Business Communicator (ABC) in 1984 and a founding member of the Canada District One board, served one year as international Membership Chair and four years on the international Executive Board - two years as Professional Development Chair and two years as Canada District One Director. He received the Master Communicator (MC) Award in 1999. Peter is shown here with his wife Elise (Stoesser) Roaf, ABC, MC. 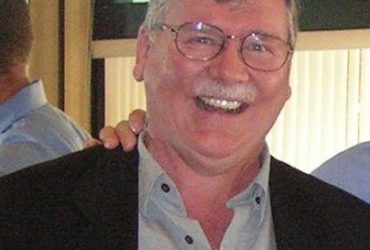 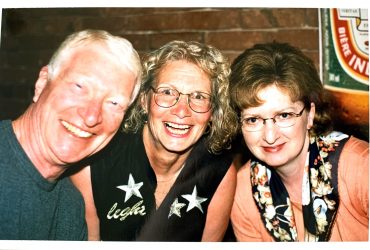 IABC BC officially started as chapter

The first BC members were attached to US District 6 which included the US Pacific Northwest and Hawaii. Fred Morley (pictured here at left with Maureen Simons at right and another member) remembers returning to BC from Manitoba in 1975 and joining the IABC/BC chapter board. In 1980, Toronto joined IABC and the new Canada District One and District Two were formed (now Canada East and West). However, to the best of Fred’s memory, IABC/BC was the inaugural Canadian chapter! For more on the chapter’s early days, read Fred Morley's blog post.

Adrian Harper, chapter president in 1981, recalls: "Canada was originally one IABC district and it was decided we should split into two. Toronto, being by far the largest chapter, wanted the title of District 1 but we claimed we should have that title since we were the older organization. In the end we decided we'd toss a coin -- and we won -- and thus became Canada District 1."

The IABC Research Foundation is formed

The IABC Research Foundation is formed to build a research-based body of knowledge. The mission of the foundation is to generate resources to fund and support strategic initiatives in line with IABC’s purpose and to demonstrate the power of professional communication as a force for good in business and society

IABC establishes the Asia/Pacific, Europe/Africa and Americas regions in order to grow internationally.

An IABC Profile study reveals a major shift among membership since 1970 from editors to managers/directors. 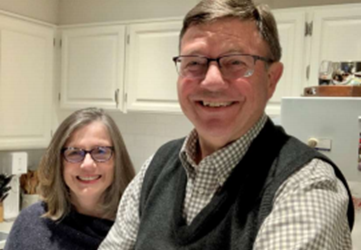 From 1980 to 1986, Peter Roaf, ABC, MC, worked in Edmonton, where he was IABC chapter president. Among other positions held, he became an Accredited Business Communicator (ABC) in 1984 and a founding member of the Canada District One board, served one year as international Membership Chair and four years on the international Executive Board - two years as Professional Development Chair and two years as Canada District One Director. He received the Master Communicator (MC) Award in 1999. Peter is shown here with his wife Elise (Stoesser) Roaf, ABC, MC. In 1986, he joined IABC/BC as the chapter's first ABC.

Tale as old as time - "Come sit with us"

Longtime member Jennifer Wah recalls her first time as a member in 1987. "I was working at the BC Lottery Corporation. My boss Terri Smolar basically told us that we were all going to be members and what are you going to sign up to do? It ended up being a lot of fun and a lot of learning. People said 'come sit with us' in some big way or another and suddenly a lightbulb goes off and you're running a conference or you're landing a client or you're learning something brand new. It's what I love most about IABC, the 'come sit with us'."

IABC’s first international conference outside North America draws members from 26 countries to London, UK. Ryan Williams remembers going with his dad. "I think I was a little bit older than 10 but not much. My dad (Tudor Williams) would just bring us along. I remember going to Disneyland and also going to IABC events. It's hard to think about people as career network because it feels like family. I have a hard time thinking about these wonderful people as mentors and colleagues but more like another dad or uncle who comes alongside and encourages you and challenges you and involves you."

Communication World wins the first of many Maggie Awards from the Western Publishing Association. 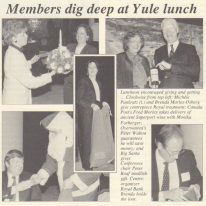 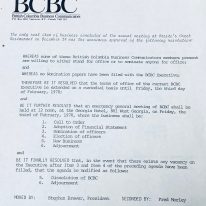 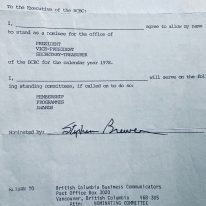 Event Name: Completion of the Seawall

The Stanley Park Seawall is completed after over six decades of planning and construction.

Event Name: The Globe and Mail Extends to Vancouver

In October 1981, the national edition of the Globe and Mail is extended to Vancouver, via its satellite printing network.

In 1959 he began his acting career (TV, stage, Hollywood films). He appeared to great acclaim in the first production of The Ecstasy of Rita Joe by George Ryga (1967). His films included Little Big Man (1970) (a wonderful performance, for which he received an Oscar nomination) and The Outlaw Josey Wales (1975). He was the chief of the Squamish Band from 1951 to 1963, and honorary chief of the Squamish Nation.

On March 1, the construction of the original SkyTrain line started under the Social Credit government of Bill Bennett, who inaugurated the system at Waterfront Station. SkyTrain opened on December 11, 1985, with free weekend service.

BC Place officially opens in preparation for the 1986 World’s Fair. The stadium is the world’s largest air-supported domed stadium until a new roof is installed decades later. The first ever event at BC Place occurs on June 20 with a match between the Vancouver Whitecaps and the Seattle Sounders.

On November 1, 1984, the highest court in Canada ruled in favour of the Musqueam Indian Band. Chief Guerin and other members of the Musqueam Band of British Columbia successfully sued the Federal Government for $10 million in damages for the surrender and improper lease of 400 acres of reserve land to the Shaughnessy Heights Golf Club. November 1 is designated as Musqueam Day, a day to acknowledge the hard work that resulted in a victory for all Indigenous peoples in Canada. Musqueam Administration observes this day as a statutory holiday.

On September 18/19, Pope John Paul II visited British Columbia. This was the first visit to Canada by a Pope.

The SkyTrain begins operating from Waterfront Station to New Westminster Station in time for Expo 86.

A big year for Vancouver. Expo 86 brings over 22 million visitors to the “World in Motion – World in Touch” themed fair between May and October. Vancouver landmarks including BC Place Stadium, Canada Place, the Plaza of Nations and Expo Centre (now Science World) are all constructed as part of the event. Expo 86 also featured the world’s largest hockey stick, the McBarge, the world’s largest flag pole, a roller coaster, monorail and other impressive attractions. Prime Minister Brian Mulroney, Prince Charles and Princess Diana open the fair on May 2, 1986.

In recognition of Vancouver’s centennial, the Hong Kong Economic and Trade Office/Tourism Board donated 6 teak boats to the city. Dragon boat races were run for the first time outside of Asia during Expo 86.

Rick Hansen and his team complete the World Tour and return to Vancouver. The Tour raised $26 million for research, rehabilitation, and sport.

What had been the Canada Pavilion at Expo 86 became Canada Place, the city’s convention centre. The first event in the $144.8 million structure was the International Culinary Olympics. They’ve since crammed a lot in here: the Vancouver Convention and Exhibition Centre, The Pan Pacific Hotel, The Vancouver Port Authority Corporate Offices, Cruise Ship Terminal (operated by the Vancouver Port Authority), the CN IMAX Theatre, World Trade Centre Office Complex and Citipark parking facility.

Science World opened in the former Expo Centre, the “golf ball,” at 1455 Quebec Street. The first show was a preview, a four-month smash titled Dinosaurs! A Journey through Time with White Spot. More than 350,000 visitors came during its run. The centre would close for refurbishing, then open for good on May 6, 1989. The conversion was by architect Boak Alexander.

Event Name: The Order of British Columbia Gets Established

The Order of British Columbia was established by statute to recognize persons who have served with the greatest distinction and excelled in any field of endeavor benefiting the people of the Province or elsewhere. It’s awarded annually. “The Order represents the highest form of recognition the Province can extend to its citizens.” The web site lists everyone who has won recognition since the program began. The insignia of the Order of British Columbia consists of a stylistic dogwood, the floral emblem of British Columbia. The insignia is part of a medal which also features a crowned shield of arms. It is worn with a green, gold, white and blue ribbon.

Many thanks to our generous lead sponsor Graphically Speaking for managing this project.

If you are interested in becoming a Timeline sponsor, please email sponsors@iabc.bc.ca

Help us tell our story – the story of IABC/BC. Submit photos, historical documents, chapter milestones, key events, and your stories and memories. 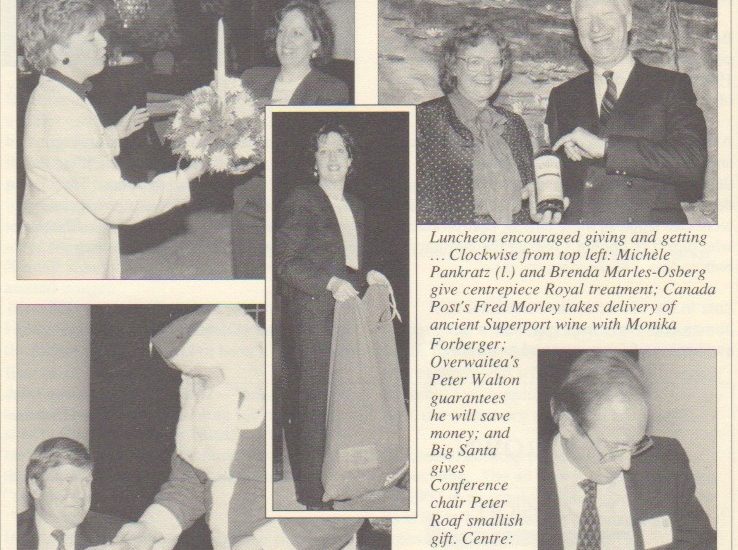 Story from the December 1989 issue of Ragged Right. 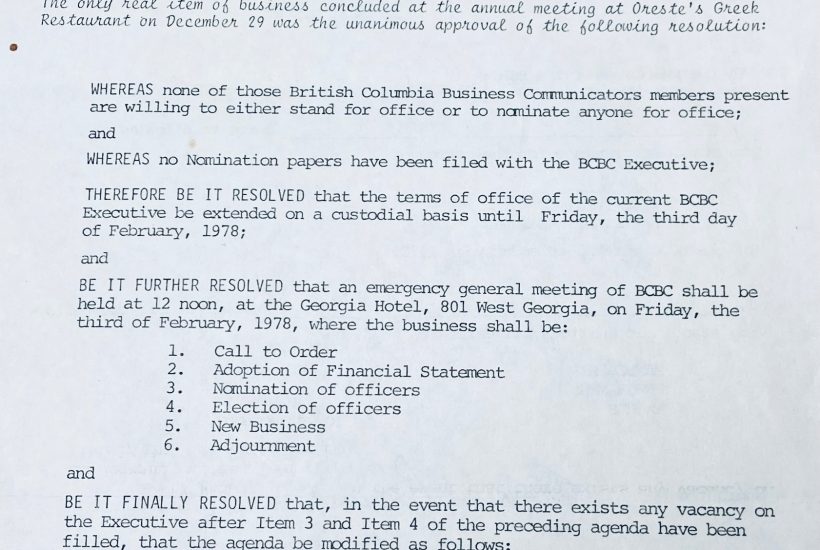 Meeting minutes from the 1970s. 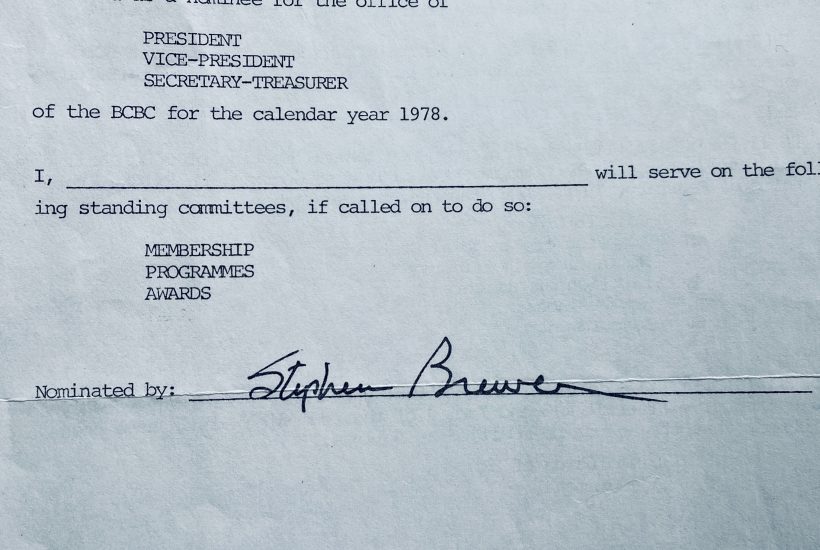 Stephen Brewer was president of the BC Chapter of the Industrial Editors Association in 1977.