7th Annual IABC/BC Signature Storytelling Event – How I Changed It

Hear from eight communicators as they share their inspiring and moving stories.

As with many aspects of our lives, the IABC/BC Signature Storytelling event took a pause last year due to COVID19, but it’s back in 2021 for the 7th year! (1st time in a virtual format)

On Tuesday, May 18, you’ll hear from eight speakers who’ll bravely take to the virtual stage to share five-minute stories of times they’ve tackled barriers and became change makers. Stories of confronting doubts and pushing through, with advice that may be helpful to you in your career.

You will be entertained, inspired and surprised by these vulnerable and powerful stories.

How I Changed It! Change is hard and even though it can be good for us, our careers, communities or the world, it’s often met with resistance. As humans, we generally gravitate to the comfort of the known and avoid the potential perils of the unknown. But every so often, when we see gaps, injustices, opportunities or solutions to problems, there are communicators who rise to the challenge, step into the unknown and make bold moves to do something different, create something new or bring attention to important issues. These are the change makers. Whether they are changing conversations, building movements, uniting people, pivoting their careers, influencing others or taking action; they are making an impact.

Please note that the Zoom link will be emailed to you the day before the event.

If you have any questions, please email events@iabc.bc.ca. 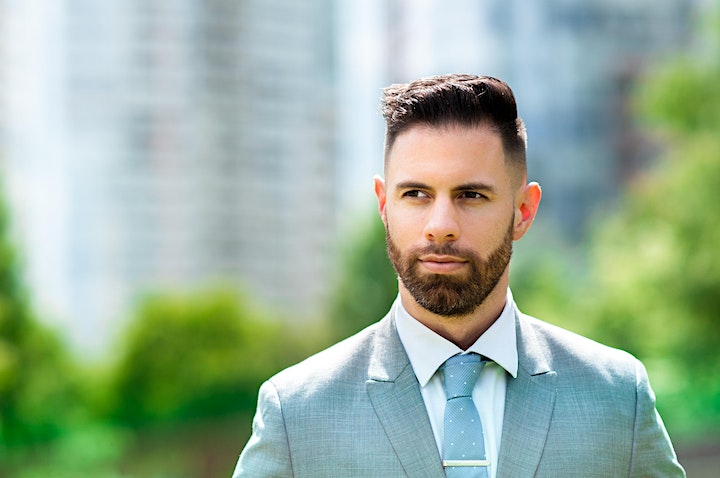 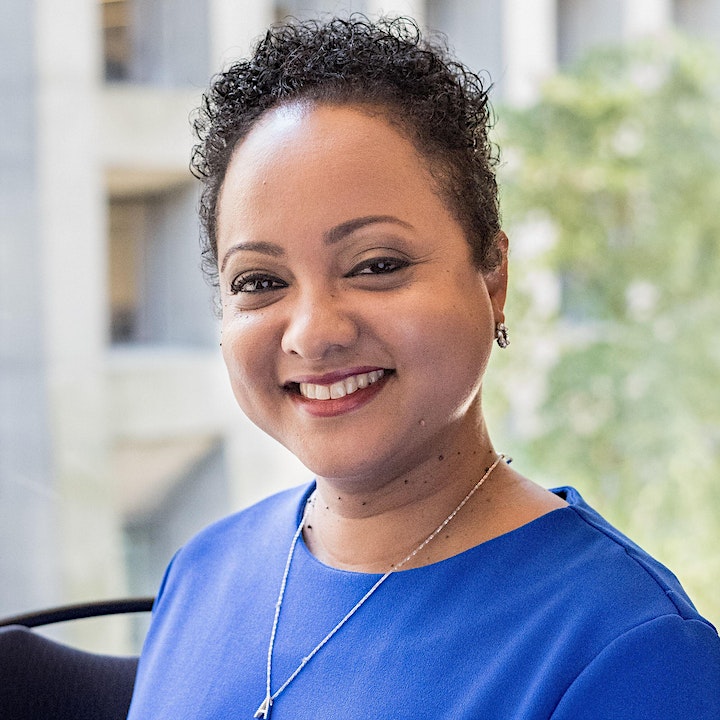 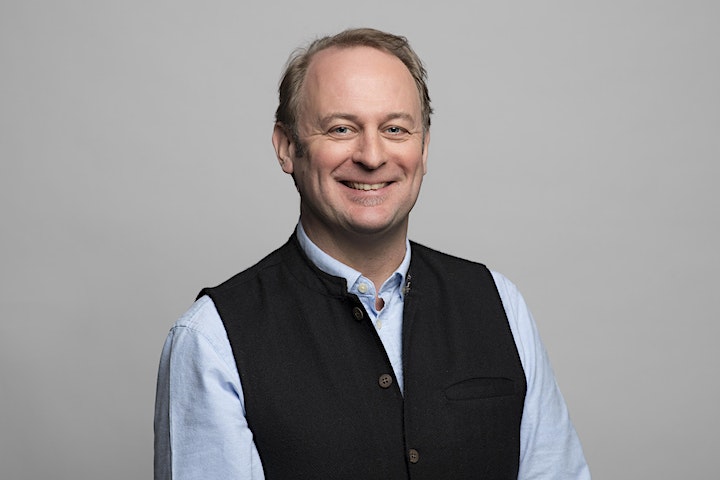 As the Chief Social Purpose Officer & Vice President Player Experience, Peter is responsible for the corpo

ration’s social purpose commitment, overall reputation management and end-to-end player experience and marketing strategies. A 25-year veteran of the values-driven marketing, sustainability and social purpose movement, his mandate is to lead the transition of BCLC to a purpose-driven organization that offers an exceptional and responsible entertainment experience.

Peter’s professional experience spans the world of corporate, government and non-profit clients in North America, Europe and Asia. He has lived and worked in Canada, the Netherlands and India where he has advised companies and organizations on a range of values-based issues. He is the former CMO of MEC and has also developed various campaigns and initiatives focused around issues such as climate action, conservation, public health, and diversity and inclusion.

Peter will share how identifying his personal purpose early on in his career has been a guiding force for activism around a number of issues. From environmental conservation and promoting sustainability behaviours to social justice and equity, clarity of purpose has provided clear guide rails for the causes and movements that he has helped propel. 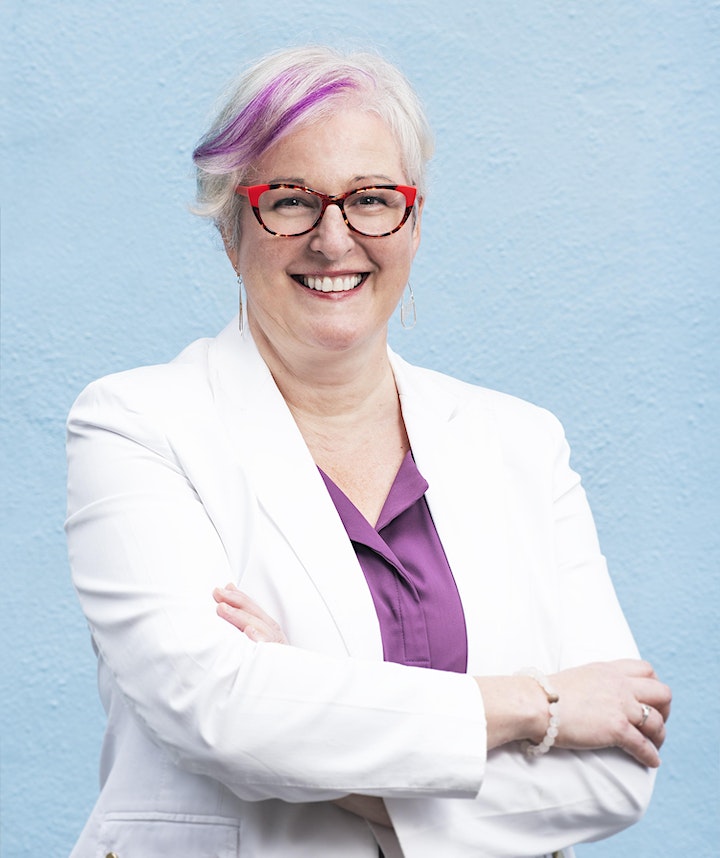 Catherine is a career communicator, entrepreneur and speaker who brings 25+ years communications and leadership experience in a range of industries. Over her career, Catherine has held senior leadership roles in Corporate, Internal and Marketing Communications. Her experience leading teams, providing executive counsel, and having a seat at the senior leadership table is real, lived and relatable. Catherine is an ICF Associate Certified Coach and Certified Leadership Coach. As a coach, she is approachable, grounded, and curious. She cares deeply about her work and has an ability to genuinely connect with people and help them find their inspiration. She thrives when working with people who aspire to create better leaders and workplaces, engaged staff, and transformational change. She is certified in Core Strengths® SDI 2.0 and Relational Awareness Theory, and is equipped to deliver Gallup’s Engagement Champions program. She’s also a past president of the International Association of Business Communicators regional board and local BC chapter.

Whether or not you love or hate change or are creating it or not, career transitions are hard, uncertain and fear-filled.  To the outside world they look easy, bold and brave, but the journey is typically one of self-doubt, second-guessing, a lack of clarity and perceived catastrophic outcomes. And yet, when we get on the other side of the career change, we get closer to our purpose.  A Communications leader, 3-time entrepreneur, consultant, recruiter and now leadership trainer and coach, Catherine will talk about her approach to career reinvention. She’ll share when she knew when it was time to shift and what that journey was like. 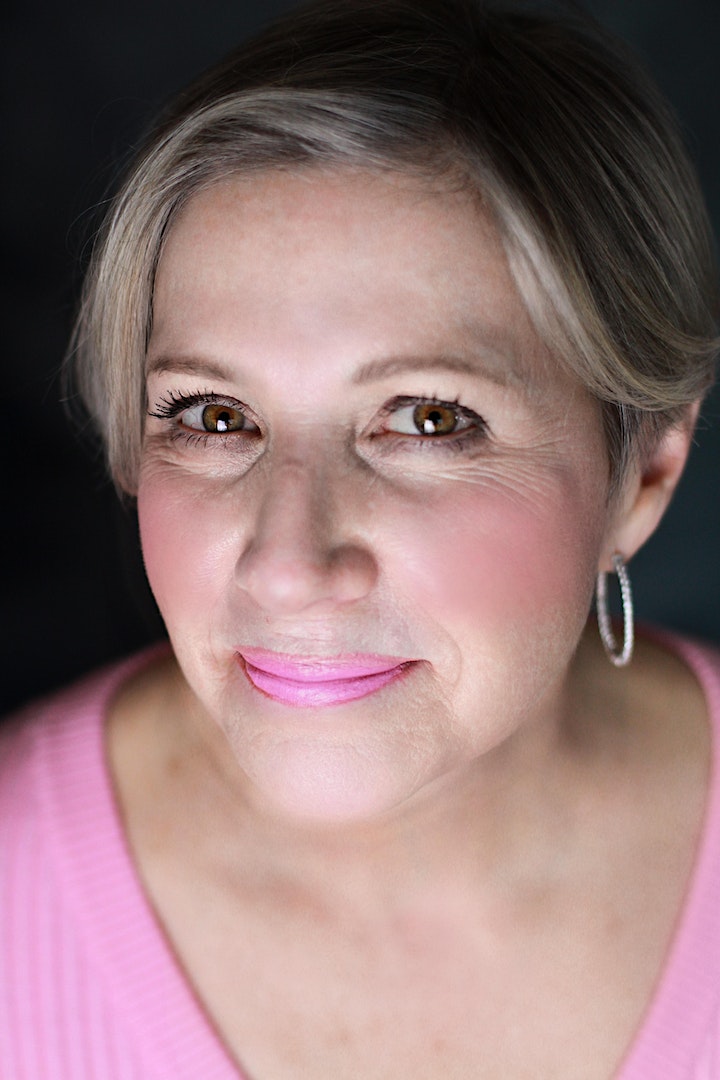 Janet McCartney is the Founder and a Principal of PDW Inc, one of the largest event production companies in North America situated in Vancouver, Canada where she crafted and led teams designed to produce and manage complex multi-level projects and internationally award-winning events for a diverse range of organizations.

She served on the leadership team as a Director of TED Conferences and has directed the growth, design and development of over 60 annual TED Conference events since it changed ownership in 2002, and whose mission is to provide a platform for spreading ideas to everyone, free of charge and creating impact in some of the most pressing challenges of our time.

Janet started her career in tourism marketing where she managed the highly successful tourism marketing team for Expo 86, developed the brand marketing for Tourism Vancouver, and established Jasper and the Fairmont Jasper Park Lodge in international ski markets which solidified the viability of the resort into a year-round operation.

An unexpected and traumatic conversation in 2012 made Janet focus on what the next phase of her life would look like, and how she would transition to do what she was born to do. Janet had always known what that was, but this kickstarted a personal commitment to herself which would get her there.  Navigating from what she was doing to doing what she was born to do and building a pathway came naturally and was easier than she thought once she invested in the hard work of laser-focussing on where she was going. 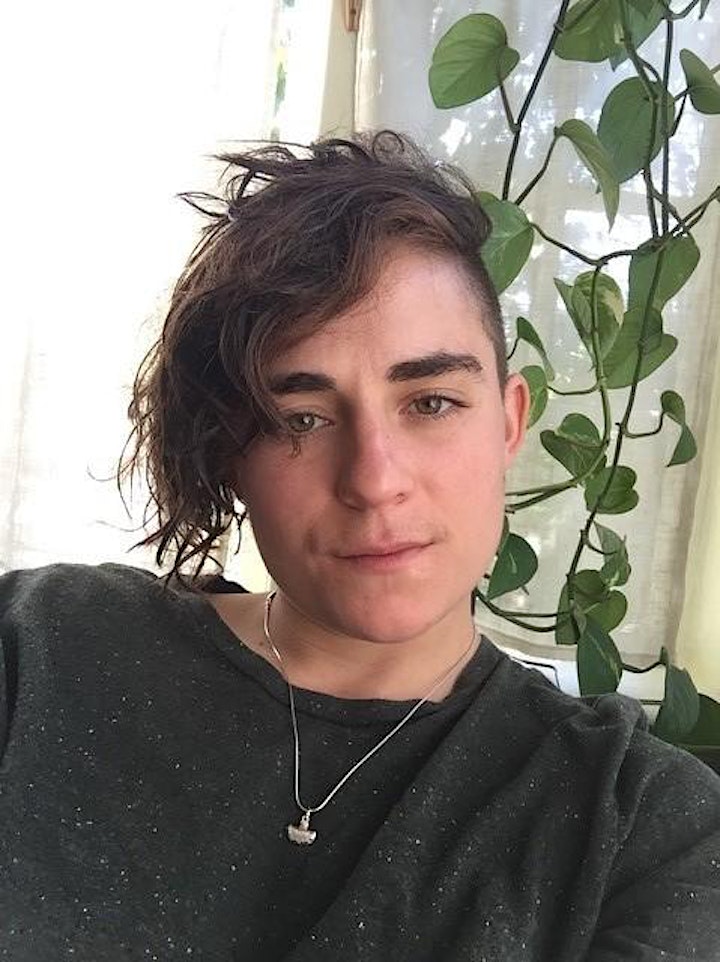 Atisa Rashidi has been activating conversations in holistic health care communities towards the evolution of positively meeting LGBTQI  needs in safely accessing holistic health. This work is a continuation of their previously held role as Community Associate at WeWork in Vancouver, where Atisa had been one of several employees championing the conversation of integrating pronouns into the workplace as an everyday occurrence. They have carried this work into their pursuit of becoming a Dr of TCM, and focusing these efforts into improving LGBTQI+ patient care culture. You can read their explanation on why integrating pronouns into any social setting is a vital and critical component to creating a welcoming and inclusive environment of diversity.

How to be an ally to your gender-nonconforming coworkers

Presentation: The Power of Pronouns

The Power of Pronouns: In this talk, Atisa will share how they/them pronouns has been an empowering reclamation for their identity, how they have navigated inviting their coworkers & colleagues into this conversation for creating an inclusive environment, and how they’ve evolved their workplace and academic communities through authentic conversation. 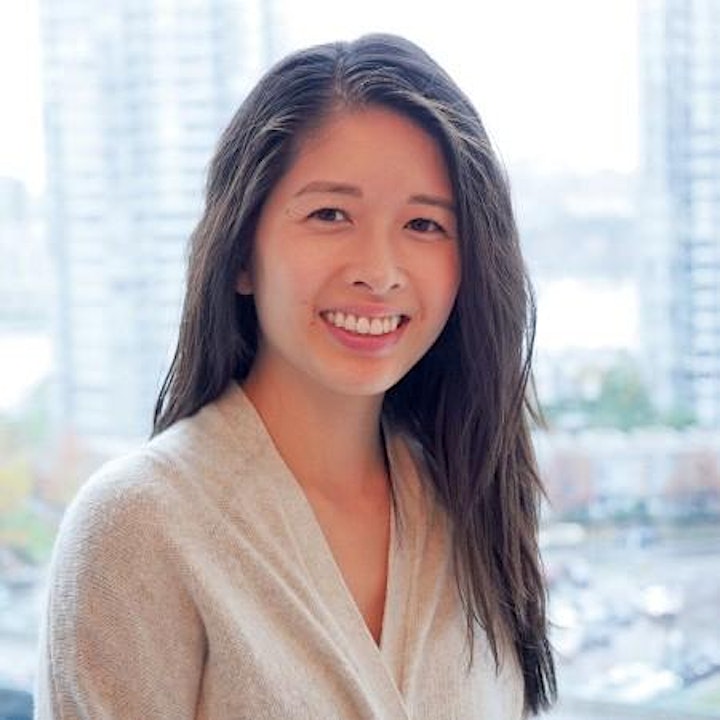 Jenny is a marketing and communications executive with over 16 years of experience in professional services marketing. As an Associate Director of Marketing for KPMG in Greater Vancouver, she leads digital marketing for the region, which has grown to encompass a comprehensive suite of platforms to engage with external stakeholders. She is particularly proud to oversee the marketing strategies for the Women in Leadership and Inclusion & Diversity programs. She led #Whatisyourstory to drive a more inclusive workplace culture, which was a finalist at the BCAMA’s Marketing Excellence Award in 2019.

Jenny has volunteered with the Vancouver Chapter of Ascend Canada, a non-profit organization dedicated to enhance the presence, visibility and influence of current and future Pan-Asian business leaders, since its inception in 2013.

Presentation: Daring to do differently

Jenny will share her story on how she carved a niche for herself at a time when inclusion and diversity for businesses wasn’t as at the forefront as it is today. Through her own passion in encouraging inclusion, while identifying an opportunity to elevate the brand trust for her work, she developed a purpose-driven marketing initiative that encompassed authentic storytelling to create meaningful personal human connections. 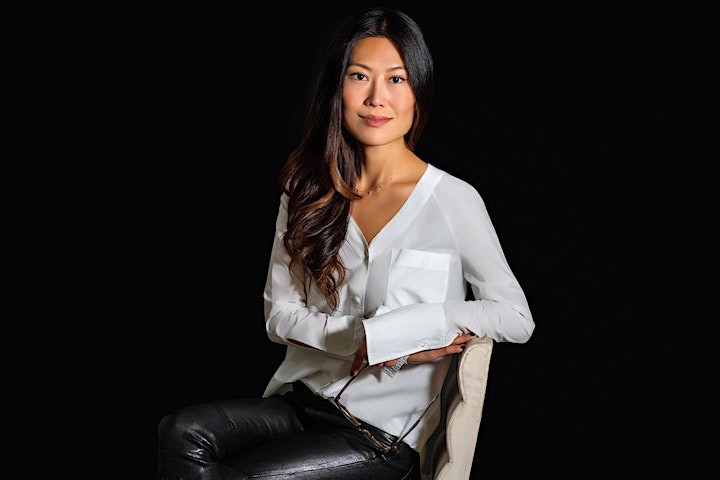 Founder and Filmmaker at Anecdotia Media

Eileen Park Robertson is currently founder and filmmaker at Anecdotia Media, a video production agency focused exclusively on racial, social, and climate justice. Most recently, she ran communications at the Office of the Mayor of Portland, after more than a decade as an award winning reporter and TV anchor.

36 hours after 8 people were killed in Atlanta, 6 of them Asian women, news of Eileen’s interracial marriage to the longest serving mayor of Vancouver, BC was published. Eileen, a Korean American living in Vancouver, received a torrent of racist, hate-filled, sexualized messages. It was a moment of truth for Eileen. To speak out or to remain silent.

She decided, with great reluctance, to speak out – sharing her most painful experiences, hoping it would illuminate the long oppressive racist history, Asian women have endured with objectification, fetishization, and commodification.

To her surprise, her story resonated with people all over the world. Her unguarded, unfiltered testimony had two effects. First, it struck a nerve with Asian women everywhere, who wrote to her expressing solidarity and hope for dismantling deeply rooted racist biases. Second, it made people feel uncomfortable, catalyzing conversations all over Canada and America for several weeks on the historically invisible pain of Asian women – conversations that never would’ve happened.

That is the surprising power of brutal honesty. 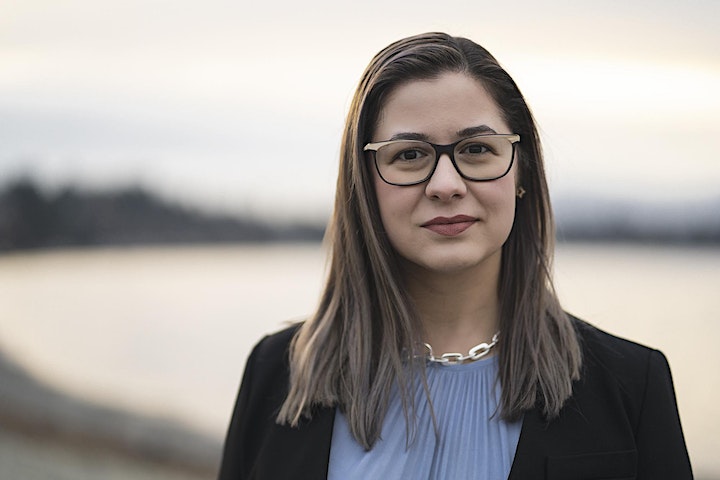 Amy is the Executive Director of Dress for Success Vancouver; A community of economic first responders helping women in need with gender intelligent pre-employment and job retention programs.

Amy is a regular and bilingual media commentator on gender equality, economic inclusion and women in politics. She is an Advisor for Speech and Debate Canada, and Treasurer of the Dress for Success Canada Foundation.

Amy and her husband have lived all over Canada but now happily and humbly call the unceded, ancestral and traditional territories of the xʷməθkʷəy̓əm, Sḵwx̱wú7mesh, and Sel̓íl̓witulh Nations home, along with their pets and overgrown library.

Her passion for practical ways to generate equality, create economic inclusion, opportunity and prosperity for all inform everything she does.

I was fifteen when I reached the 10,000 hour threshold for public speaking and use of rhetoric to convince and move people. Old enough to know I had mastered a skill and too young to understand the significance of being able to change someone’s mind with words.

All that changed in a musty, pastel conference room in central Alberta. There, I persuaded a room full of people to believe something that I knew to be untrue. For some in that room, there were very personal consequences and for others – like me – a shiny medal at the end of a selectively crafted and expertly presented string of words.

That day set my career path and affirmed that when something is true, it needs to be shared with excellence and volume. 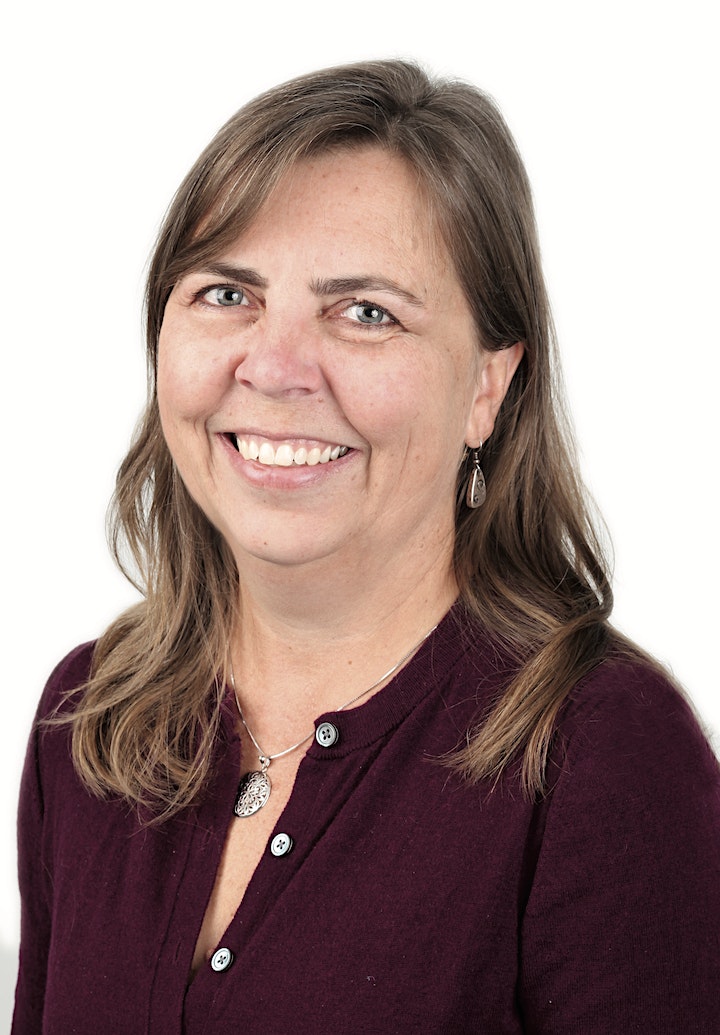 Lisa Langevin is a Red Seal Electrician and a passionate advocate for the trades and for making the trades more accessible to women and other under represented groups. She was a founding member of both the BC IBEW Women’s Committee, as well as the national and the provincial chapters of Build Together – Women of the Building Trades. She is a former Board member of Industry Training Authority and she helped form, and is currently the president of, the BC Tradeswomen Society.

How we shifted beyond “talking about women in trades” to taking action to increase retention of women in trades by shifting the narrative and culture.

For years, women have made up less than 3% of the skilled trades workforce.  Often, these numbers would be conflated by adding trades such as hairdressing, or including secretaries who work for construction sites.  It hasn’t been until fairly recently that we have moved passed the promotion and  rhetoric to real change.

Thank you to our Design Sponsor Addon Creative